For those that don’t know, Trenchbroom is a Quake-style map editor. The Godot engine has a plugin for importing Trenchbroom maps, and that made me curious if it’s possible to do the same thing in Panda3D? I’m new to Panda3D and am learning Python, so I’m not sure what the exact process would be to attempt this yet. I think Trenchbroom maps can be exported as .obj files, but I’m not 100% sure.

Here is a video that explains it a bit better. 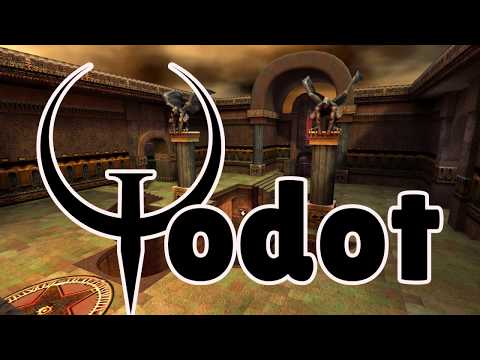 First of all, welcome to the forums! I hope that you enjoy your time here!

As to your question, without knowing much about either Trenchbroom or Godot, I would imagine that it’s possible.

But one way or another, you would likely thus be able to produce the relevant elements in Panda3D.

Now, as I said, I’m not familiar with either Trenchbroom or Godot, and indeed let alone Qodot, so it may be that there’s some aspect unknown to me that might prevent this. It seems unlikely to me, however.

I second the welcome.

What format does Trenchbroom export as? It may be something that our Assimp plug-in can load.

Hey, thank you and Thaumaturge for the welcome. I just checked, and Trenchbroom exports to either a .obj file or a .map file. And I checked the Panda3D docs, and I see that OBJ files are supported through the Assimp plug-in that you mentioned. So that’s great news. I’ve only made 2D games in the past, so most of this is new to me. I’m just learning as I go. I’ll attempt importing a map to Panda3D pretty soon.

Hi there, this looks interesting, did you make any progress on getting the .obj file to load?