The FRee Adaptable and Modular Editor for Panda3D.

Fond of Godot, Unity or Unreal engine? They all have awesome editors to create games and you wish Panda3D would have one too? Then this project may be just the one for you!

While still in early development, the ambitions of this editor are high and it will take time to get anywhere close to existing editors of other engines but, now is the time to try and test, let me know which features you want to see in it!

It won’t be a direct clone of other engines editors as it will:

As you can add and remove editors the features are listed on a per sub-editor basis.

These features are specific to the FRAME itself.

This editor is for creating scenes/levels

Hi everyone, today I present to you my brand new Scene Editor for Panda3D. The editor is in early development with most basic features working fine and more and more features being implemented over the next time. But now it’s up to you to try it out and let me know which features you’d like to see in it. What would you expect from a Panda3D scene editor. Features Editing scene objects Add various kinds of objects (models, lights, collision solids, etc) Scene graph tree view Blender style s…

The editor for creating UIs

Hey everyone, creating GUIs in Panda3D can be a tedious task at times and not everyone designing a GUI is a coder. That’s why I’ve created and now proudly present to you, the DirectGui Designer. DirectGui Designer I've created this application to simplify the task of designing and creating user interfaces with Panda3Ds DirectGui system as much as possible. Currently, it is in a kind of Beta state where all features should work but some things might still be missing and bugs will lurk in the…

Connect everything together in this editor

Currently there are no pre-built packages available. Plans are to package and distribute this editor once it's possible to built a simple game with it. In the meantime, let me know where you would like to see this being distributed. You can easily run it from source in the meantime.

Grab the latest version from: 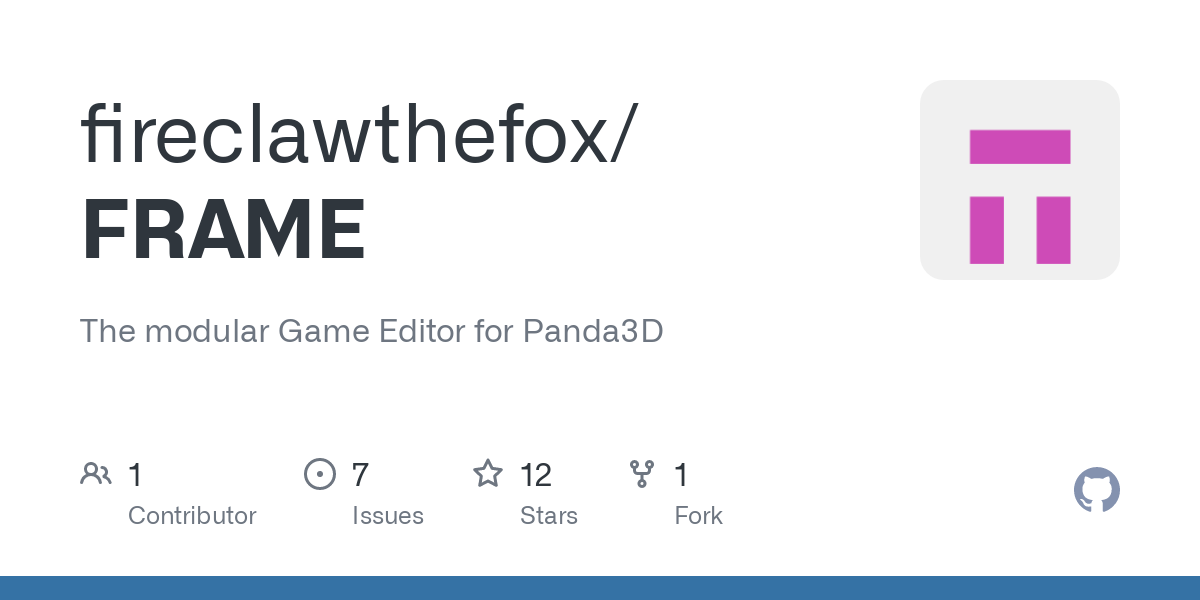 Contribute to fireclawthefox/FRAME development by creating an account on GitHub.

On first run, there will be no editors installed!

Head to the Store page within FRAME (first loading that page may take some time!) and install the desired editors. The installation process will currently make the application freeze as long as it's installing the package.
This part is being worked on.

Since I'm actively working on FRAME and it's sub-editors, I will post updates about every week on mastodon, so make sure to follow me there to not miss out new features. 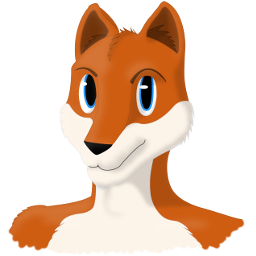 Why have you created the editor?

There are many different reasons. One of them is personal interest, having an editor to simplify creating my own games. Another reason was the general interest in editors from parts of the community and the lack of actual "game" editors.

Why don't you work on [existing editor XYZ]

Most of the other editors have different goals and ways to achieve those. I wanted to create an editor which will only depend on panda3d and pip packages based on panda3d so that it will be able to run on whatever platform Panda3D runs. Also most other editors are scene editors without, extending them to be game editors (e.g. including GUI and logic editors, asset management and more) may be very hard.

Will it have a multiplayer game template

There will be templates for such games as well as others in the future but they are not available yet.

Can you implement Feature ABC of Engine XYZ

Depends, if it fits in the editor and Panda3D supports it, chances are high it may get implemented someday.
6 Likes
Thaumaturge May 16, 2022, 3:27pm #2

I’m impressed–both by the expansiveness of this project and by your work on it! This is looking pretty good thus far, I do think!

Thank you very much I hope I can keep up the pace with implementing new stuff.

At the moment my plans are to create a very basic game and see how far I come within about a week.

Thank you very much I hope I can keep up the pace with implementing new stuff.

Indeed! Strength and motivation to you for it!

At the moment my plans are to create a very basic game and see how far I come within about a week.

That seems like a good idea, to me: Not only a nice (and hopefully fun!) way to take the measure of your progress, but also a test for the system, I imagine.

Alright, after successfully finding lots of bugs and useful features in the game project I’ve tried doing with the FRAME over the last week, I can tell, it does go in the right direction since I was able to create an actual playable game with some parts being simpler to do in the editor than writing all the code by hand but, the FRAME isn’t there quite yet (as expected). It needs polishing indeed and some of the ideas and bugs are now put up on github on the respective editor repositories.

I’ll try and tackle them as soon and as fast as possible but there will probably also come more bugs and feature requests in the future. But that only means the FRAME will get better as a whole.

Some of the issues are also tagged as “good first issues” which probably only require editing a handful of lines at most.
So, if anyone’s interested in helping me make this editor the go to editor for Panda3D, grab the source and join me in this journey!

Honestly, that sounds like rather good progress, to me!

The FRAME now has a rather full roadmap for its beta and first official release, check it out at Panda3D FRAME · GitHub

Don’t hesitate to share your thoughts here and feel free to add issues for features you’d like to see added to the project.
I’d love to hear from you all!

Wow, you have quite an extensive plan there, it seems! Well, good luck with your path along that roadmap, then! I hope that it goes well!

Thank you for your kind words and yes, there’s quite a lot in it but I’m confident that I can get all of it done. I hope this will be useful for more people than just me in the end ^^

An editor is something that people have asked after a number of times over the years, I think. And after all, having such a thing available may well encourage people to take up the engine who might otherwise dislike or be daunted by its by-default code-heavy approach.

Indeed, I would say that having a decent editor available could be a valuable thing.

Yes, the wish for an editor has been out there for a long time now. It’s not easy to create something that’ll fit for Panda3D though since it’s so multi purpose not only in where it can be used but also in how it can be used, so the editor should not be limiting.
That’s probably where most other editors struggle, they are just nice scene editors, but there’s so much more to Panda.

Indeed; and I quite like the modular approach that you seem to have taken.