Hey Guys it’s been a while since I posted, and it has been while since the release of my last project, I have set my focus on other things during that time, and I have been demonstrating other concepts as projects to work on, if you have been there in my last project I mentioned A new game I was working on but never completed due to the Covid situation.

I wanted to revisit that project, but was wondering if such a concept would be interesting to play, I came up this video demonstrating what I had finished just before turning it into Whirligig Willies, it is a adventure and dungeon exploration game inspired by “Megaman Legends 2” and it would have a combat system similar to that of “Kingdom Hearts”.

One of the main features is a companion that is a pet and your adventuring companion which you rise, play and pet like the chao system from “Sonic Adventure 2”, and the way you rise your companion and your impression on him/her changes his/her appearance and/or animal species. Another feature is you can fuse with your pet to form a stronger warrior who can do more then your child form.

Anyway, I posted a video showing off this prototype, the video can be found below, thanks for listening guys. 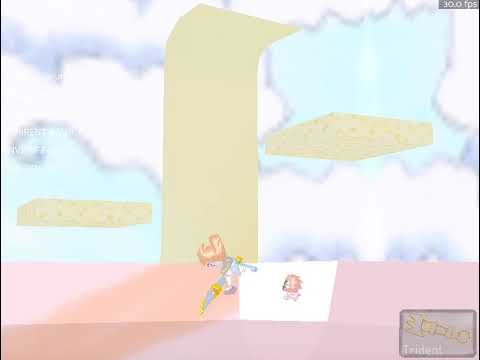 Edit: Oh, I almost forgot, here is some artwork showing off the the boy, the pet (dog), and the fusion form, as well as the trident which causes the fusion at will.