I am trying to get an animated model from blender to panda, and I have had some success getting the mesh itself to panda, but the animations don’t seem to be making it. I’ve been using blender’s built-in gITF export option, animations seem to be embedded in the file, but when I load them in panda and tell it to play an animation, instead of performing the full animation it seems to loop the first couple frames. I’m fairly certain that it’s exporting properly as I have tested the model in other programs which can read gITF and the animations perform perfectly, but I have no idea if there’s some specific export setting that I need for animations to work properly in panda.
testActor.blend (108.1 KB)
Here’s the blend file I’m using, I’d upload the gITF as well, but it seems to be too big.
And here’s the code I’ve been using to test the model in panda

Hi, welcome to the community!

Are you using the panda3d-gltf plug-in to load the model? The default gltf loader in Panda3D is significantly less capable. 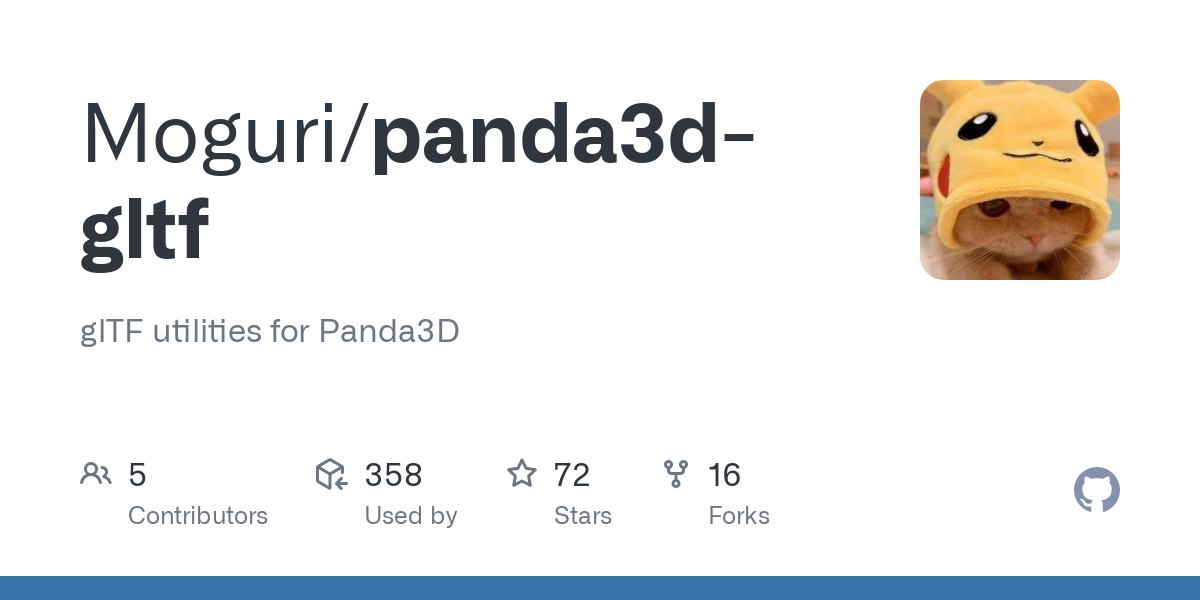 glTF utilities for Panda3D. Contribute to Moguri/panda3d-gltf development by creating an account on GitHub.

You may need to clear your model-cache after installing the plug-in, or make a change to the gltf file to force it to be re-converted.