Animation very jerky unless another application is also animating something?!?

I’ve run into this issue of all animations being very jerky on one machine I use for development, but not on another (both running macOS 10.13.6). While investigating this issue, I made some curious observations, which might point to a problem within Panda3D.

Generally, all types of animations (using e.g. posInterval()) run very jerkily (uneven speed, frame rate varying wildly) independent of the complexity of the scene. I tried many, many things, including:

To demonstrate the issue, I created a minimal example project: 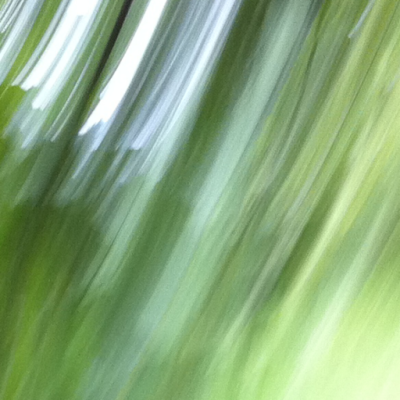 Contribute to Feuermurmel/panda3d-framedroptest development by creating an account on GitHub.

The project runs a continuous animation and writes a number to the console each frame. 100 is printed, if the time between the last and this frame (get_dt()) was exactly 1/60 of a second (my monitor is set to a refresh rate of 60 Hz). The number is lower or higher if the delay was smaller or larger, respectively. Here is a sample of its output:

As you can see, the numbers are all over the place, ranging between 50 and 200.

The machine I have this issue with has the following spec:

The other machine, which does not show the issue at all, has these specs:

Now to the observation. I have found three cases in which the problem completely disappears:

For the second case, I just ran the game Broken Age and let it sit on the title screen. Just playing a YouTube video in Safari or Google Chrome also works, but not in Firefox. To create the demonstration recordings below, I used the template chooser of Quartz Composer (one of the development tools for macOS), which displays an animated preview of the selected template. There I can easily switch between a template with and without animation.

I created two screen recordings which should make the issue clear. One uses the asteroids sample project, the other uses the example project linked above.

I’d like to get smooth animations with Panda3D on both of my machines! What do you suggest should I try next to narrow down the problem? Or does one of the developers what to look into this using my help?

Thank you in advance!

Which version of Panda3D? Does it differ depending on whether VSync is on or off?

If VSync is on, it might not be working properly, since your frame rate is getting all the way up to 240 Hz. If it is off, turning it on might mitigate these issues. The fact that having other applications active fixes it too might suggest that it is related to Panda trying to render so fast that it’s “stumbling over itself”, or something along those lines.

Another thing to try is to add a time.sleep(0.001) in a task somewhere.

I’ve made all these observations using Panda3D 1.10.6.post2. I forgot to mention that. Should I try other versions too?

There is definitely something going on related to vertical syncing. I found that Quartz Debug (another development tool for macOS) has an Enable Vertical Sync setting (which is enabled by default). Disabling this actually makes a noticeable difference. The animation starts to switch between “jerky” and “fluid” every second or so (not a regular pattern, seems random). Now adding these two lines to the top of main() results in the animation having almost no jitter anymore:

Those lines have no effect while vertical sync is enabled in Quartz Debug.

With those lines and vertical sync disabled in Quarts Debug, there is still some jitter every second or so, which can be seen in the output here (1 line is 20 frames):

This is quire peculiar. Most streaks of jitter start with one frame which takes a bit longer (e.g. 122 % of 1/60 of a second) followed by 5 to 20 frames which all take twice the time after which it drop back to a very consistent time of 1/60 seconds (probably thanks to M_limited).

What can I do to narrow this down?

I’ve made all these observations using Panda3D 1.10.6.post2. I forgot to mention that. Should I try other versions too?

Update: I tested it with version 1.10.0 built from source (the oldest version I was able to build on my machine without looking into it too much). It exhibits the same issue on my machine. I also tested with version 1.9.4 from the distribution and it does not exhibit the problem.

Ah, you built from source? Not exactly sure whether this matters, but did you build against the most recent macOS SDK, or an older one?

Since you are still on macOS 10.13, it might be worth trying whether going back to the built-in implementation of VSync (that we had pre-1.10.0) would fix the problem. If so, we know that the problem is in our VSync implementation. If not, we know to look elsewhere.

To switch back, edit panda/src/cocoadisplay/cocoaGraphicsStateGuardian.mm and short-circuit setup_vsync like so:

And also finding these lines:

And replacing them with this:

Finally, one more question: are you using multiple monitors, or just one?

I will apply the changes you suggested to a checkout of v1.10.6 and report my findings.

If you are getting from Git, no reason not to just check out release/1.10.x (or master if you feel more adventurous) and get all the latest fixes.

Ok, those changes make a big difference! I don’t notice a difference anymore whether another application is displaying an animation nor between my machines. It’s probably as good as it gets frame-rate wise.

I’m ok with either approach, installing wheels form PyPI (via install_requires in a setup.py) or building from source.

Thank you very much this far! I will gladly use the resources I have to do further testing on my machines or to test potential fixes.

Thanks for offering to help out. Perhaps I need to add debugging information so we can get more information from your computer. Or perhaps @treamous or @eldee might have time to try it and see if they could reproduce the issue.

Just to rule this out as a potential source of trouble, are you using a multi-monitor set-up?

Just to rule this out as a potential source of trouble, are you using a multi-monitor set-up?

No. I have a single monitor connected via Display Port. Not much here, but for what it’s worth, here’s the Graphics/Displays page from System Informatio.app:

Strangely no one displayed your problem, either with no app running at all or with several other apps running, here is the log from one of the run (it’s similar on both machines) :

I don’t have a machine with 10.13 installed so I can not check if this is present on older macOS.

Food for thought: I did my previous tests on my macbook using the retina screen. I tried with an external monitor (and closing the laptop to disable the retina screen), the animation started to show some stuttering! Not as dramatic as your video, but the movement was no longer smooth. The values when sometimes below 90 or above 110, which has a clear visual impact. The jittering is not constant, it comes in waves, for some time the values oscillate a lot then calm down again close to 100.

Weirdly again, the “sync-video” flag has no impact.

Just dig some digging on this. I actually noticed both stuttering and tearing on my system running 10.15. Searching around a bit, I found this issue in LWJGL’s github repository, which contained a solution that ended up fixing the stuttering/tearing problem for me.

Since you’re on 10.13, that fix wouldn’t work. I do think that the root cause is similar, since we changed how we handle backing layers a bit when trying to make Panda work on 10.14. I need to get a 10.13 installation up and running so I can test this further.

I’m wondering if for macOS <= 10.13 we could use instead the native vsync mechanism as it gets broken only from 10.14 onward ? Doing so will keep vsync working for all the supported versions of macOS

I also made the observation that sync-video generally has no influence on my machine. The only time it made a difference whas when I disabled vertical sync for the whole user session using Quartz Debug.

And cool that you could reproduce the issue! So now I’m sure that its not just my setup being weird.

I did my previous tests on my macbook using the retina screen. I tried with an external monitor (and closing the laptop to disable the retina screen), the animation started to show some stuttering! Not as dramatic as your video, but the movement was no longer smooth. The values when sometimes below 90 or above 110, which has a clear visual impact.

At some point doing my experiments, I got the feeling that having the clock in the menu bar set to display seconds has an impact on this. There wasn’t a lot of consistency but I turned the clock on and off a few times and got the feeling that the clock made the stuttering more likely to get to a severe level (numbers ranging from 50 to 200). Maybe this helps provoke the issue. ¯\_(ツ)_/¯