today we like to announce our most recent released game 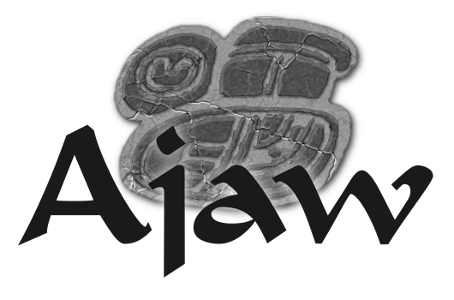 Ajaw is a 3D action adventure game in the Mayan world. You have to guide the main character through the path of kings, a temple complex that will test the strengths of him to become a new Mayan lord.

Make sure to visit it’s homepage Ajaw at GrimFang-Studio

As of now, there isn’t a binary version of it as of the lack of packp3d distribution for the 1.9 version of panda3d. So just grab the code at GitHub and give it a try.
NOTE: as of a bug in the engine the game might not start, we’re working on a correct patch for it. Until then you can either ask for a temporary fix or have to wait for a new dev version with this error fixed.

-The Project-
The idea was simple, we wanted to build a game in the style of the old The legend of Zelda N64 games just with another setting. Even tho it is another OWP it’s also kind of more than our usual OWPs as we haven’t counted in the asset creation of it. One week was needed to create the code and another week to create the assets so it’s basically two one-week-projects. Anyway, during this project we have learned a lot and also with the help of rdb added a new feature to the blender exporter yabee and found a bug in the engine which should soon be fixed.
The biggest thing we learned was how to create and set up levels with the blender->panda3d pipeline in a rather simple way by creating multiple assets which can then be linked in one level file. This reduces level file (.egg files) sizes dramatically. To achieve this one could now add a “file” tag in the blender game logic, given a path to another egg file and it will then automatically be linked in the with yabee exported egg file.

-License and fuzz-
Source code is licensed under MIT and the arts(assets) are CC by-nc-nd 3.0