A Small Garden of Connections

Fly about a little scene as a fire(-ish)-bird, collecting various human “connections” scattered about the place, waiting to be found.

I took part in the jam, creating this game: “A Small Garden of Connections”.

The game is a small and simple thing, but overall I’m not unhappy with it–especially given a three-day development! Plus, I got to implement a mechanic that I’ve had in mind for quite a while: bird-like flight, complete with gliding, inspired by the dragon-flight of Drakan: Order of the Flame.

It can be had for the next few days as part of the jam-bundle, a “pay-what-you-want” collection that includes a huge number of items, including jam-games, asset packs, and even commercial games like Nuclear Throne and A Mortician’s Tale!

Will your game be available as a separate distribution?

At the moment I don’t know, I’m afraid; I’d want to check with the event organisers.

That said, the bundle is pay-what-you-want, and once bought you can just download the specific bundle-items that you’re interested in and leave the rest.

With the game-jam and its associated fundraiser well-passed, and having checked with the people behind said fundraiser, I’ve made “A Small Garden of Connections” free to download!

Along with this, I’ve made a minor post-jam update: Specifically, I’ve corrected some missing materials in the “alcove” area, and slightly touched-up the look of the “cave” area.

You can now get it from its game-page on itch.io, here: 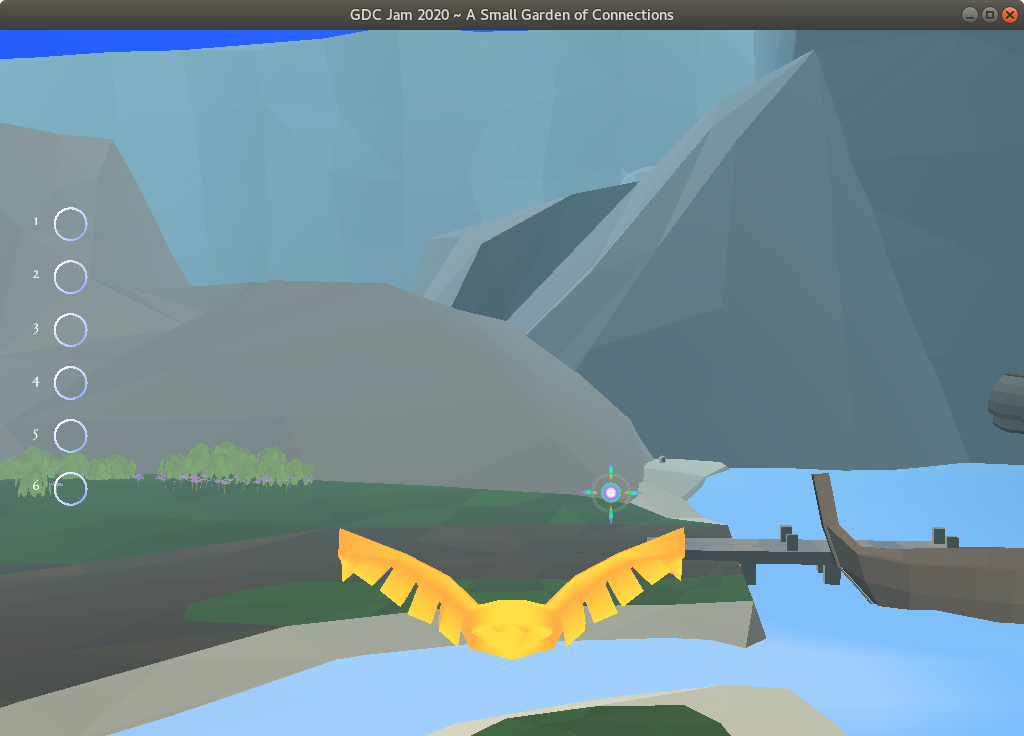 A Small Garden of Connections by Ian Eborn

Fly about a scene, collecting connections

I’ve found all 6 memories, did I win?

I mean, as far as there is such a thing as “winning” here. You collected everything!