Volumetric lighting. How to set it?

Not sure about the lighting, but you need to do a couple other things:

the call to panda() should be inside init so that panda gets called during initialization.

Then you need to instantiate the class:

v=VolumetricLightTest() #<-- in place of the current panda() call
run()

Finally, you may want to do a:

right before the lookAt(pnda) so that the camera is back away from your object a little bit. Otherwise it gets clipped by the renderer.

1.)I didn’t want to set-up the camera before I’d fix up the lighting.
2.)When I instanced the class I had an error:
NameError: name ‘VolumetricLightTest’ is not defined

I got that too. The spelling in your class definition was incorrect. Here is the code that I have so far:

At this point, it still fails to run, giving:

Even though it is in the reference.

At this point, I will have to turn it over to someone more knowledgeable than I with regards to the lighting effects.

The first argument to setVolumetricLighting should be a NodePath.
You need to create a sphere, make it the color of the sun, reparent it to your light (or reparent your light to it), and pass it as first parameter.

The first argument to setVolumetricLighting should be a NodePath.
You need to create a sphere, make it the color of the sun, reparent it to your light (or reparent your light to it), and pass it as first parameter.

how will it effect on the normal mapping example?

if I will tell it that the sun is that shining ball?

I see there’s still a bug, so I had to insert this before the DirectStart call:

I used these parameters:

Note that the current implementation of volumetric lighting lacks a good occlusion-only pass (if you have a bright scene you will notice it) but this will be fixed soon.

This is really ahem:

EDIT:
almost the same happens with the normal mapping example, maybe my graphics card is not capable for that?

EDIT2:
if the same thing does not happen to you:

Oh, you might need to put this in Config.prc:

By default, panda restricts shaders to the most ancient profiles ever (gack).

Also, from the screenshot I can tell that you did not set “textures-power-2” to “none”.

Oh, you might need to put this in Config.prc:

By default, panda restricts shaders to the most ancient profiles ever (gack).

Also, from the screenshot I can tell that you did not set “textures-power-2” to “none”.

And yes, it works! And how!

I find a task is created in CommonFilters:

and it is not removed in cleanup().

Hence I get an error when use Volumetric light when I want to remove it:

Is it a bug or you expect user to clean it up in their code instead ? Thank you.

My mistake. I didn’t think there could be a case where there are still filters turned on when cleaned up.
I’ll fix this bug for the next release.

I know this is an old thread, but I haven’t found any clearly newer ones to deal with volumetric lighting.
For several days I have been trying to figure out how to set volumetric lighting in Panda3D. I tried, say, the last example by @MentalDisaster from this thread:

Volumetric lighting. How to set it? Scripting Issues

I copied and used it exactly as in this post, only so as not to have to manually zoom out the camera each time, I added a line of code:

The effect of this code is as follows: 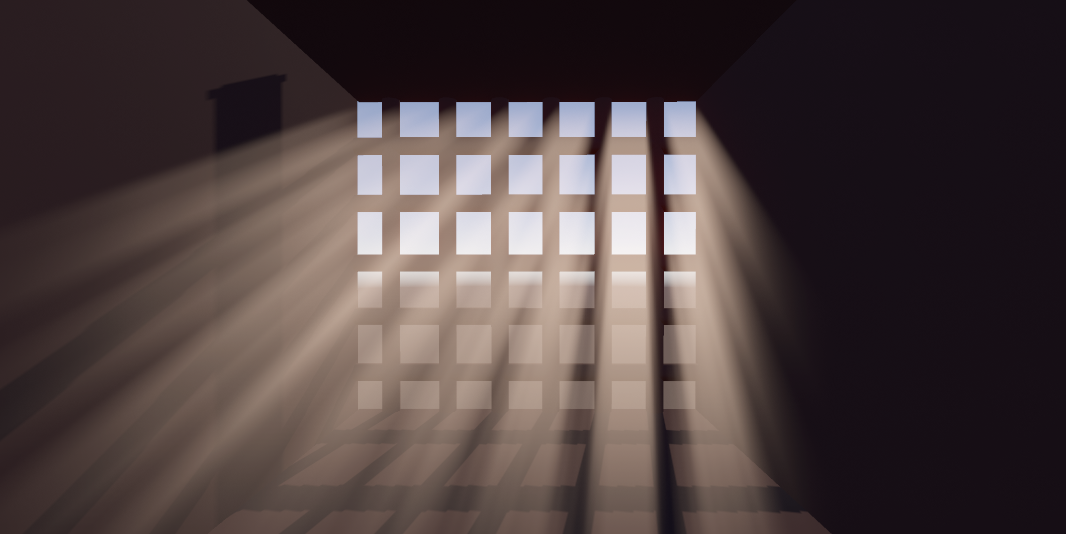 Instead, against the background of the object, I see some faded copy of it.
Is this really what it should look like? Is this how the Volumetric Lighting filter works in Panda3D? Because maybe it’s not a bug, but a feature and I have wrong expectations?
Since I read that the caster should be basically a light source, I changed the line setting the volumetric lighting filter to:

However, the effect is basically the same in my opinion:

But I don’t think this affects volumetric lighting, does it?

Thank you. But… A strange thing: I do not observe this Volumetric Lighting effect on my setup. I copied EXACTLY your code and after running (and manually centring the panda object) I see something completely different:

Does anyone have any idea?

Perhaps this line at the very beginning will help you.

Thank you, but unfortunately… Same effect:

I think you need to determine the capabilities of your OS system, there may be limitations.

If the third version of GL is supported, it is better to explicitly install the profile.

Thank you, but actually it is even worse now - I mean no effect at all:

As far as I know, this is not suitable for running serious games, only casual and so on.

You can get more information about the graphical capabilities by running this code.

There is comprehensive information on Apple software here.

Logically, you will have a maximum GL profile of 4.1

The question remains which version the CommonFilters requires.

Thanks for all the hints. In practice, I’m not going to code serious games. My area of ​​interest is using Panda3D for the demoscene. And I even managed to achieve something with Panda3D:

2nd in the Xenium 2022 PC Demo Competition Code: @miklesz (Mikołaj Leszczuk), Msx: Dan (Dan Lulkowski), Gfx: Sitek (Marcin Sobczyk) Kramsta is not just a PC demo, but a multiplatform demo for PC (Windows/Linux) and Mac, made with Python and Panda3D. We developed it on macOS and tested it quite extensively on Windows. It also runs on Linux, although testing on this platform was very limited. Back on Scene after 27 long drunken years! No hair, less liver, more fat, still elite

But now I just dreamed of creating more advanced effects.
I ran this code which prints "notify-level-glgsg debug". I don’t understand much of it, but here’s what turned out:

I also tried to force "gl-version 4 1" but the effect was like forcing "gl-version 3 2" (which is none, unfortunately).
Based on this thread from Stack Overflow, I realized that Mac in general has problems with OpenGL and the solution could be Vulkan. Therefore, I can see 3 solutions: